PCOS and Fertility: Everything You Need to Know 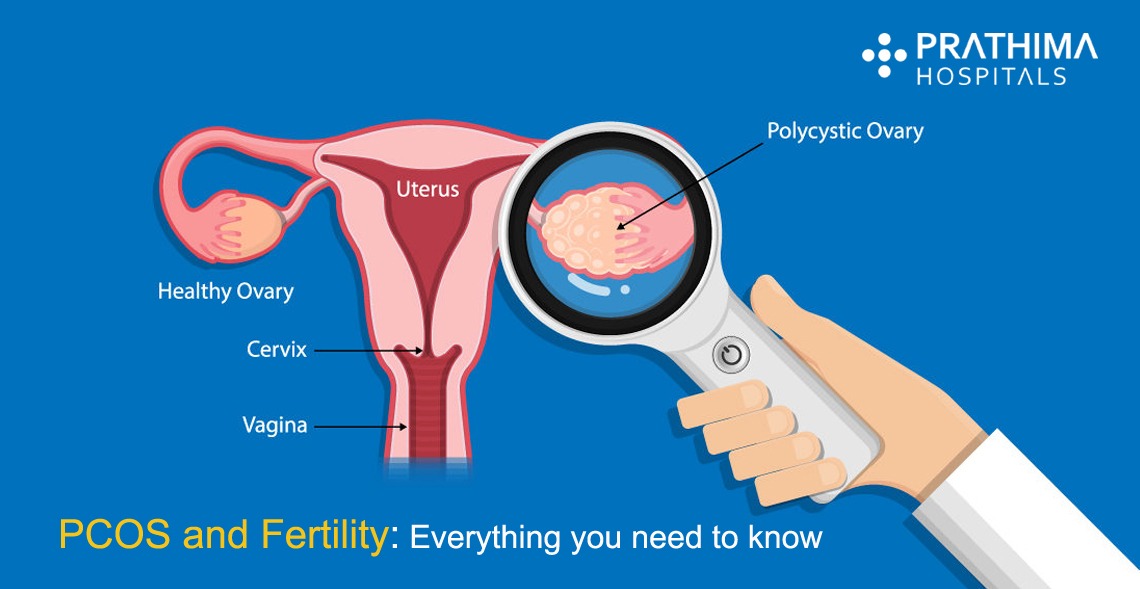 A common endocrine disorder causing disruption in ovulation and menstrual cycles, as well as an excess production of male-type hormones, is a major cause of fertility problems. The cause of which remains complex, a combination of genetic and environmental factors could be a major possible cause of PCOS.

A range of symptoms, including acne, obesity, hirsutism (male-type hair growth of face), oligomenorrhea (few periods), insulin resistance, and enlarged multi-cystic ovaries, etc can be seen in women with PCOS.

Polycystic ovarian syndrome, is a condition related to hormones in which the ovaries are unable to release an egg at the end of the menstrual cycle (the start of a period to the start of the next one). This can lead to fertility problems and trouble in conceiving.

If a woman does have polycystic ovaries (PCOS):

Having polycystic ovaries does not mean that you have PCOS. PCO means your ovaries are slightly varying from most women’s ovaries, while PCOS is disorder linked to having imbalanced hormone levels.

Having PCOS does not necessarily mean that you have PCOS.

To be diagnosed as having PCOS you would have PCOS and some of the following symptoms:

There could be various underlying causes of PCOS:

The following treatment options are available to restore regular ovulation and menstrual cycles in women with PCOS and other menstrual irregularities.

Certain forms of FSH (Follicle Stimulating Homone) can be administered via a subcutaneous injection to induce ovulation. This type of medication must be monitored with blood work and ultrasound to prevent over-response of ovaries, which is a high risk for women with PCOS

In summary, the diagnosis and management of PCOS can be complex, but many treatment options exist. From an infertility perspective, PCOS is frequently successfully treated and thus has a truly positive prognosis.

Chances of Conception with PCOS:

Although it is difficult to give statistics as cases vary among women so much and different treatments have different success rates, most women with PCOS will be able to conceive with fertility treatment(s).

We at Prathima Hospitals put in every effort to make your dream come true and achieve a successful pregnancy.

Getting to know that you are having fertility issues can generate various negative feelings, specifically: guilt, anger and failure, which are most commonly seen. However, if you can, think of it as a medical problem that is treatable alongside most other conditions, and not a reflection on you as a couple. Many couples face issues of infertility, and use fertility treatments to conceive. The inconvenient and bitter past is long forgotten in later years after successful conception.

We at Prathima Hospitals try to support our clients as much as we can through our consultations, treatments and expert counseling services. Book an appointment with us today.