Did You Know Migraine Aura? Things You Should Know 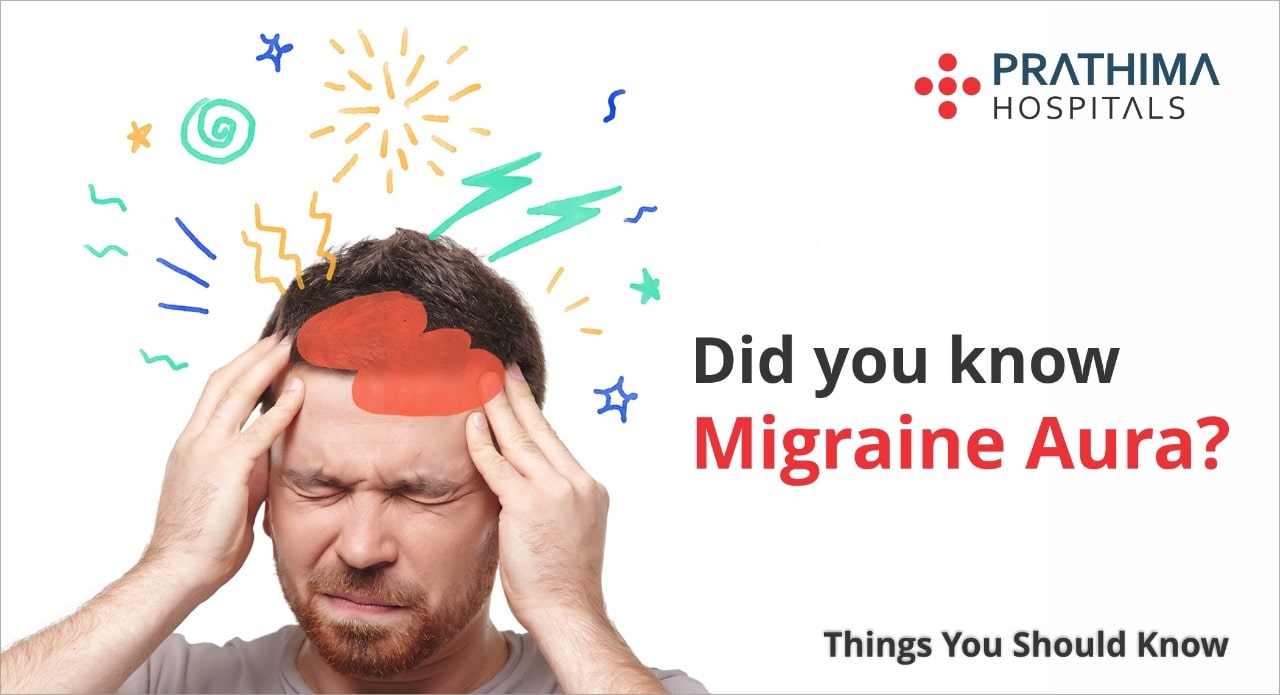 Have you ever heard the term “Migraine Aura”? Before getting into the Migraine with Aura, let’s discuss what is the common migraine is. A migraine is the most general and worlds third common problem, which is commonly caused by the changes in your nervous system, which is called Migraine. Migraine is an intense throbbing pain that usually affects one side of the head; it is often accompanied by nausea, vomiting, and extreme sensitivity to light and sound. Migraine may last from 4 hours to 72 hours, and in some cases, the attack may agonize a sufferer even for a week.

Migraine pain may be very mild at the beginning stage, but it will become moderate or severe if ignored.

Migraine can begin during childhood or may not occur until adulthood. Most often, women suffer from Migraines than men. Family history is the most common risk factor of Migraine.

Migraine may progress through 4 stages

Not everyone experiences all stages. Many people with migraines experience the prodrome phase. This may include,

There are two most common types of migraines

Typically, Aura is a visual sensory experience flickering lights, spots, or partial loss of vision. As per the statistics, 25 percent of people suffering from migraines may also experience expedience aura. Migraine can be differentiated from the usual headache by its symptoms.

Although symptoms during a migraine attack may vary in individuals, the common symptoms include severe throbbing pain, usually on one side of the head, Nausea, Vomiting, Increased sensitivity to light & sound, or smell, Dizziness.

Some people with migraines experience a modest stint Migraine warning sign in a second phase called the migraine aura.

A visual aura resembles a chemical wave or sometimes it can reflect as an electrical wave that moves across the visual cortex of the brain. The Most commonly known visual Aura is called the fortification spectrum. Its pattern resembles the walls of an ancient fort; it may start as a small hole of light or sometimes as bright geometrical lines and shapes in your visual field.

This visual Aura may expand into a sickle or C shaped object. Aura isn’t the same for everyone, so you might also experience bright spots or flashes or sometimes accompanied by a partial loss of vision referred to as a scotoma.

Symptoms of the Migraine Aura as follows:

Mild tingling sensation in the limb or feeling numbness that travels towards up your arm over a time period of 10 to 20 mins. These sensations can spread across one side of your face and tongue.

Another type of Aura causes difficulty in speech or language, which is called as diphasic Aura. In the rarest auras, the limbs and possibly the face on one side of your body might become weak. This is referred to as hemiplegic Migraine.

Most of the time, the migraine attack itself can last as little as 4:00 hours or as long as several days. The attack is followed by a postdrome phase, and you might feel drained or washed out.

There is no complete cure for Migraine, however there are different treatments that could bring this condition to under control. It is always suggestible to take advice from a specialist doctor to provide the right treatment and support for treating your migraines.

Acute treatment involves treatment with the medication, which should only be taken to relieve migraine attacks when it occurs.

Preventive treatment involves medication that helps in reducing the frequency, severity, and duration of all future attacks. These medicines sometimes take a while to show full benefit; hence you may probably have to take them for at least 3 to 6 months.

Prevention of your Migraine is mainly in your hands

Follow these simple do’s and don’ts to keep Migraine away.

Always remember you can avoid your Migraine with changes in your lifestyle and the proper medication. Effective management of your Migraine can help to lead a healthy life. 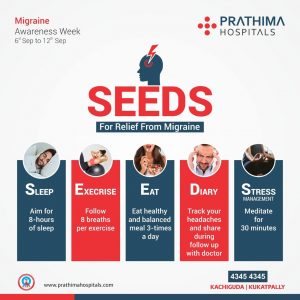