Be Aware of these Cautious Monsoon Illnesses 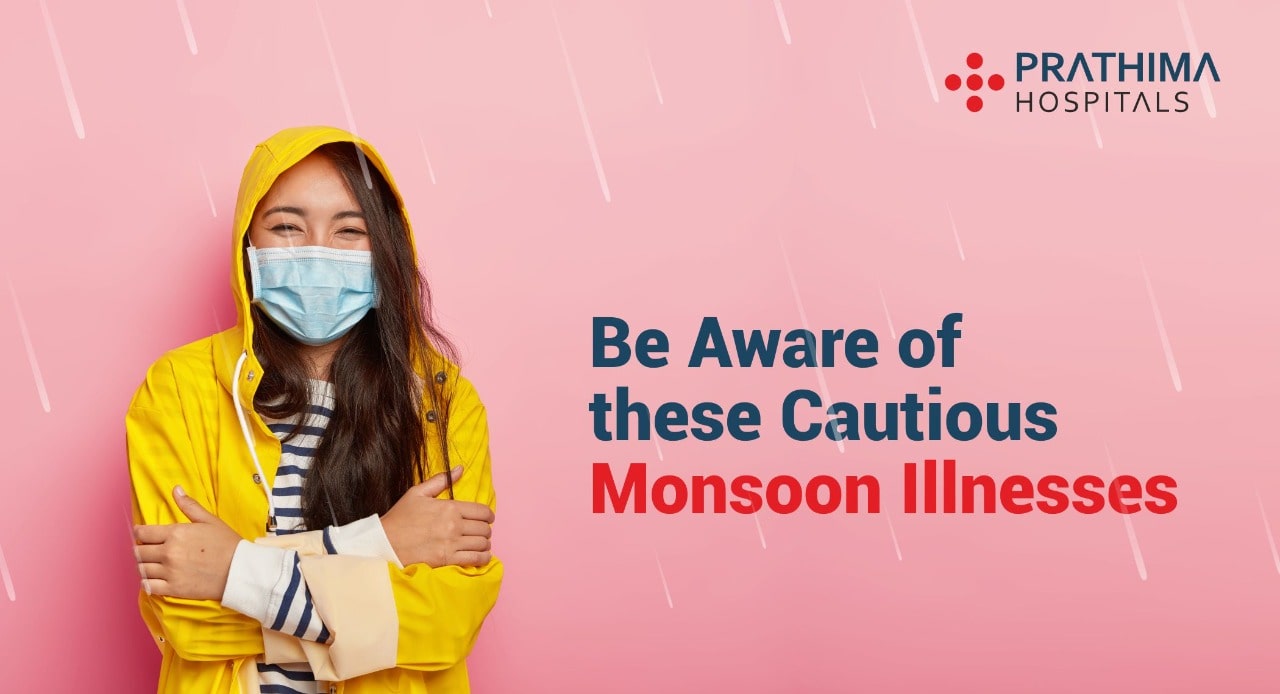 The world is still dealing with numerous variants of coronavirus, we in India have disregarded the extensively wanted season of climate process. The season in which the earth is filled with greenery everywhere, couples enjoy this season the most, kids love playing outdoors in season and the farmers are the happiest being on the planet. Any guesses? Yes, the monsoon season it is.

We know we love this season as it brings positive and serene vibes. But little did we know there is a negative side too of this season. The monsoon season along with pleasure brings myriad ailments due to tainted water as well as various virions.

However, the monsoon also brings along numerous diseases every year due to harmful viruses. The humid climate, heavy rains, and windy environment may predispose many infectious diseases. Stagnant pools of flood, water serve as ideal breeding grounds for pathogens that result in diarrhea, mosquito-borne, and other waterborne infections. In this blog, we have tried to cover up all the common monsoon illnesses and useful tips to prevent them.

The common illnesses during the monsoon season are:

Gastroenteritis is one familiar abdomen ailment that transpires in this climate. It is associated with mild symptoms if detected at the earliest. But if this health condition is neglected especially in children it can turn critical due to dehydration. Diarrhea is one of the extensively widespread health ailments during the monsoon season. Gastrointestinal infections occur due to consumption of undercooked or unhygienic food, or food made from contaminated water.

The sudden change in weather, causing fluctuations in temperature, is the main cause of cold and flu during the rainy season. During monsoons, the immune system weakens and becomes vulnerable to cough, cold, and flu. Some symptoms include Fever, myalgia, runny nose., Sneezing, fever depending on the pace of infection.

Malaria is caused by Anopheles mosquitoes. It is the second most common ailment seen in India during the monsoon season. The commonest reason being water clogging in various areas. This stagnant and clogged water becomes the reason for breeding grounds for these mosquitoes. The symptoms include: Lethargy, High fever, body pain, Fever accompanied with chills, and .profuse Sweating.

Typhoid fever is a bacterial infection incited by Salmonella Typhi. Typhoid is highly infectious. This disease is usually prompted by contaminated food and water. Some symptoms include Prolonged high fever, Weakness, Abdominal Pain, diarrhea,  Headaches, Vomiting, Rashes. In a later stage, the patient may turn delirious and anorexic.

Dengue is an infection caused by a virus. You can get it if an infected mosquito bites you especially the Aedes aegypti mosquito. Some symptoms include a high fever, rashes, Headache, decrease platelet count, body pains, myalgia, swollen lymph nodes, and arthralgia. The presence of fever, rash, and headache (the “dengue triad”) is characteristic of dengue fever. The acute phase of the illness with fever and muscle pain lasts about one to two weeks.

Dengue hemorrhagic fever is a distinct syndrome that tends to affects children under 10 years of age commonly but affects all groups. This complication of dengue causes abdominal pain, hemorrhage (bleeding), and circulatory collapse (shock).

Chikungunya is caused by mosquitoes born in stagnated water. These mosquitoes are found in overhead tanks, coolers, plants, utensils, and water pipes. This disease is caused by tiger Aedes Albopictus. Some symptoms include acute joint pain.,High fever, Fatigue. , Chills. Other signs and symptoms may include fatigue, muscle pain, headache, and rash. Signs and symptoms of chikungunya usually appear within two to seven days after being nipped by an infected mosquito.

We have covered all the common illnesses during monsoon season with preventive tips too. Stay hydrated, eat healthily and sleep adequately to avoid undue infections during the rainy season. Consult our team of experts and physicians at Prathima Hospitals soon as you observe the above symptoms.